One of the biggest reasons I nuked social media accounts and started posting less to others is the fact that the internet these days has fostered an atmosphere of fear. The fun of using the internet 8-10 years ago just isn’t really there anymore. People of all ages are told to be careful what they post on social media and that their employers might deny them a job or fire them over social media posts. But over the past few years there’s been an increasing problem on social media, and that is callout or cancel culture. Over the past few years it has become an easy way to both farm clout and take out people you have a grudge against. It’s the one thing that me and probably just about everyone with an account on some website has been concerned about. How much of your online footprint or experiences with others can end up backstabbing you in the future?

Now callout posts are nothing new. Back in the 2000s these posts existed in various forms such as beware posts on LiveJournal and related communities (the Final Fantasy house story is a famous one) and Helldump posts on Something Awful. The former would have a bold intent to weed out abusers (or alleged ones) from communities, while the latter was mainly used to attack furries and similar groups on the forum. Beware posts evolved into callout posts when Livejournal’s community moved to Tumblr. Something Awful on the other hand had its userbase go on to influence the web in other ways. For example a lot of their members went from calling people the N word to writing articles for famous newspapers, becoming “weird Twitter” e-celebs, and big name podcasters. One such user was Zoe Quinn, who ended up responsible for a highly infamous callout post years later. Another thing the users of that site did was join Reddit and end up pioneering a unique trolling method claiming to be “bullying the bullies”, before establishing a mod clique (more on this on their ED page).

Eventually multiple things happened to really give this movement traction. The first is that over the span of a few years everything became a political battleground of some sort, and problematic people had to be purged. The next thing that happened was the #MeToo campaign kicked off, as old used up celebrities had their misdeeds dumped out into the open by people who might or might not have been their victims. Suddenly everyone left and right had dirt on everyone else, even when their crimes were merely as minor as being awkward talking to the ladies. Tumblr’s porn ban dumped a ton of users from that site onto Twitter, which had already been treading left thanks to the aftermath of Trump winning and off-site activity bans.

This meant that if you wanted to gain clout on social media at the expense of someone more successful than you, it’s quite easy. You don’t need to do much at all, hell you don’t even need to know the person. There’s the classic way of telling stories about your target and crazy shit they did. But the internet makes things easy. Every individual has an online footprint and all you need to do is search through it and connect the dots. On Twitter it’s even easier, just perform a search with from: (user) and then the word you want to search for. You can then ruin someone’s life with something stupid they said 10 years ago. This actually happened when several baseball players had old tweets they made resurface of them saying racist words and probably “faggot” as well (which everyone said 10 years ago). After all, they did something horrible and must have their online existence erased for this. Sometimes there are even people who will cut off friendships and throw you under the bus in the process for the cause and it is truly scary.

The problem with this mindset is this. If someone did something a few years ago that was literally a nothing burger, should they have their lives and careers ruined over this? If suddenly the standards of what is acceptable change and you’re behind the times or did something that became behind the times, should you be punished for this? If someone is mentally ill, should they be punished for not being able to control themselves? The list goes on and on, but at least 30-40 years ago the worst thing you’d have to deal with were crazy polaroids and 110 photos of dumb things you did last night, and maybe videotapes of them as well. Nowadays those photos are being stored on the internet as a public open record for anyone to find for themselves. Everything stupid you have ever done someone remembers, and they might have evidence (or “receipts”) proving this. Erasing evidence after people find out or as they find out really just ends up a way of admitting you’re guilty and that you have something to hide.

But the consequences are big. You can find yourself fired, and unable to get work anywhere else except in some warehouse, McDonald’s, or non-Anglosphere country. You could build something up for decades only to be ejected from it by those you assumed were loyal. You might end up on social media blocklists or as the target of some chain block, and find yourself blocked by people you have never even had eye contact with online. Meanwhile the person who ruins your life gets a bit of clout in return for this. They’re a victim or calling out the bad people, please listen to them and believe their words.

If you’ve ever gone into a field where you can put your name on your work, expect your work to be memory holed. Even if the campaign has barely any effect, vocal slacktivists in some parts of the web will shit on you when your name or project is brought up and still try to get con appearances canceled and opportunities destroyed. If your project is still of use to them or corporations, you’ll be exiled and your name dropped from it. For example just look at the forced “Hatsune Miku created Minecraft” meme, after the Minecraft creator said some problematic things about specific protected groups his name was dropped from the game in an update. Those online made jokes about how a manufactured corporate creation created the game instead right before this happen in order to avoid mentioning that he created the game they still loved to enjoy. Or look at how Richard Stallman was pushed out of the groups he founded by a bunch of big tech employees because of one too many dumb things he’s said. Companies like Microsoft spent millions on ads/lawsuits and the famous embrace, extend, extinguish policy to try to fight open source when they really should have hired a bunch of social media warriors to do the deed instead. 15 years ago this was a punishment reserved for the worst of the worst, like pedophiles.

But even though these people want you pretty much destroyed, there’s one thing they don’t expect. They don’t expect you to kill yourself. Alec Holowka’s cancellation went different than what many people expected and there’s a good screencap summary of it here. See, Alec was a developer on the cult hit indie game Night in the Woods. Alec had relationship issues with Zoe Quinn and called her a liar. Alec also had mental problems and hinted that he felt that some people wanted to drive him to suicide. In August 2019, Zoe Quinn dropped in allegations of abuse from Alec. A day or two later Alec was in the gaming media headlines, had appearances canceled, and his studio cut ties with him. After his friends threw him under the bus, Alec took his own life a few days later. The culprits involved deactivated their Twitter accounts for a few days, before whining at trolls and grave dancing all over him. After all he was an abuser and had to go. Yet none of them expected him to kill himself, and this caused flamewars for a few days on chat groups I was in.

People were calling him a victim of callout culture, while moderators of chat groups were trying to contain the mess. People lost their careers defending him as a victim. They desperately wanted this to go away, and while many people forgot about this it’s proof that this mentality can harm someone. It could be anyone, it could be you. If you’ve ever been online at a younger age, you’re vulnerable. It’s not a matter of if, it’s a matter of what happens when someone decides to screw you over nothing. There are many such cases like Alec’s, many of which didn’t end in suicide but people banished to obscurity in corners of social media or having people unable to enjoy anything (unless it’s ideologically pure) angry at you. You can never have your sins atoned for. You can never change as a person. You are always going to be stuck with 10 year old social media posts. You’re always going to be known for your mental episodes, for your breakdowns, for the crazy shit you’ve done online, for hanging around the wrong people. You’re never going to be known as the guy who made a game.

And lemmie tell ya. There are a lot of people out there waiting for blood in the water, ready to take more scalps online. It makes being online risky these days, especially with a real name or an alias people “know” is you. Today you might be a kid posting on the internet, tomorrow your posts might ruin your life because some activist with nothing going on in their life wants to feel like they’ve accomplished something. 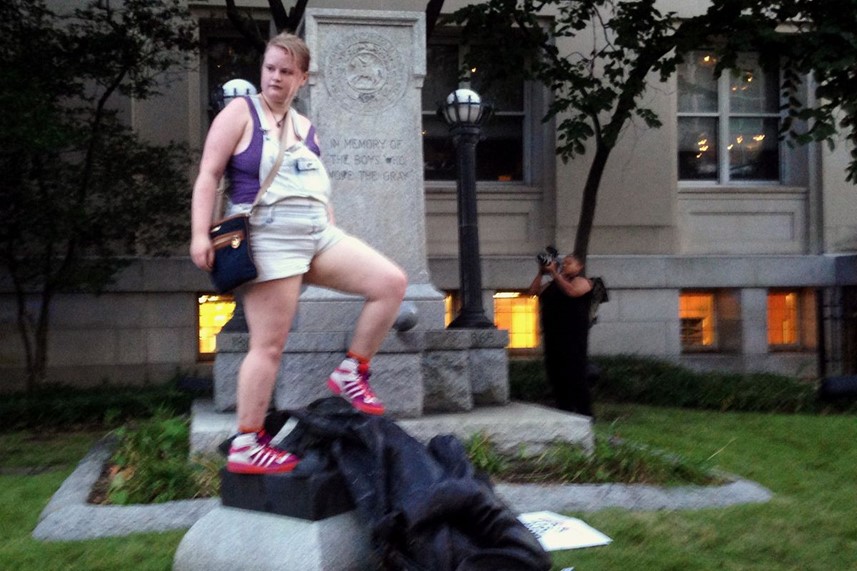 That is the atmosphere of the internet in 2019. Everyone is paranoid, everyone is fearful. Everyone is worried they’ll be next. Nobody at all is safe anymore and people are finally beginning to have enough. Alex Holowka’s death was a turning point, yet sadly there are inevitably going to be more deaths before people take a step back from everything and ask if their actions are in any way ethical. The political climate and jannies doing it for free by cleaning up dissent only add to this. It’s depressing, yet there’s still a glimmer of hope as seen in uncensored comment boxes.