One of the most common phrases I hear used to describe the current timeframe is that it’s a cyberpunk society without the cool aesthetics. If you look at the cyberpunk subculture and genre from the 80s to 90s and all its associated media, there’s an aesthetic heavily influenced by Asian cities at night. Neon signs, a gritty run down society, overbearing megacorporations trying to run the world, and some form of rebellion against the system are all things one might think of when one thinks of cyberpunk. In reality, we already megacorportations and oppression, and society is run down. Look at the crumbling NYC subway, or the roads with potholes in them. But mainstream culture has pretty much decayed along with its aesthetics. In place of buildings being built over long periods of time that meant something are generic glass and steel structures. Sometimes these structures will reflect society in a subtle manner, such as that of the new World Trade Center’s base being made out of concrete with glass surrounding it in order to give a hollow illusion it’s like the generic glass top floors. But aside from the base representing the fact that the last building complex was both bombed and had airliners flown into them, there’s nothing meaningful in that building at all. It’s another generic glass and steel skyscraper that wouldn’t be out of place in any corporate city on the planet. You could find any generic city in the world, and it would have a line of modern buildings just like this. 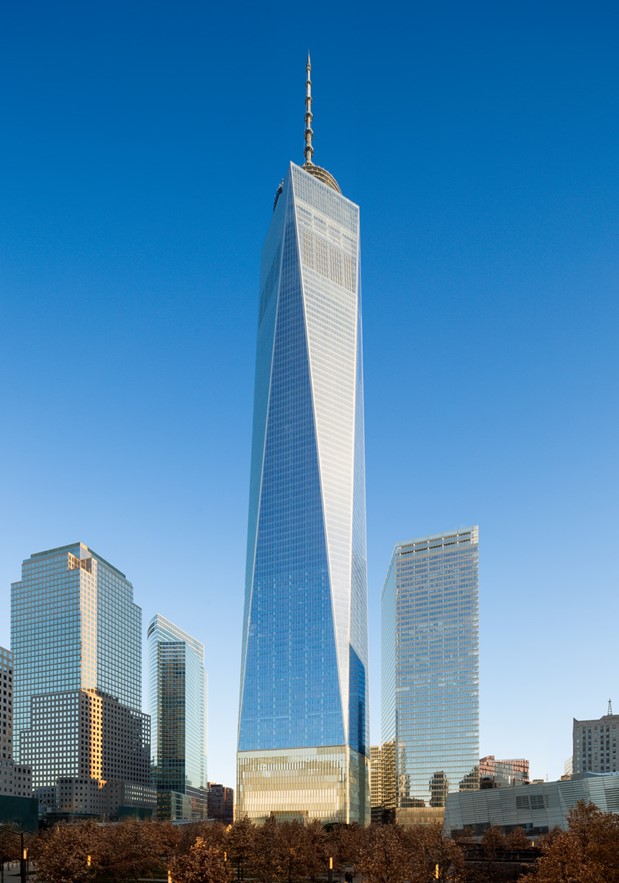 It’s soulless and meaningless. Just like culture is today. From flat designs in modern OSes (compare Windows Vista or 7 with 10), to the movie industry churning out a comical number of sequels and declaring you a bigot if you don’t spend your hard earned money to watch them, to the cookie cutter garbage you hear on the radio, nothing has a meaning to it. No matter where you go, you’re not battered with that sick cyberpunk culture or even the culture of 30-40 years ago that seemed to be vastly better. There’s nostalgia pandering from time to time, cashing in on people in each new generation looking at the past and thinking maybe there’s something we lost along the line. Reading comments on older music, on movies, or even news articles about rare photos from the 1950s in color enforces this feeling. The feeling that somewhere along the line, something was lost. Sometimes there will be a film like Pleasantville out that tries to remind you that “the past was bad we’re an enlightened society now” even as propaganda like that cannot stop the growing disillusionment of society from the younger generation.

With only certain groups being allowed to have a cultural identity (and theirs either being in decay as well or being trapped in the past with “technology” enhancing it, depending on your viewpoint) this leads to a new monoculture with subtle variations of it depending on what part of the world you’re in. You’re going to be consuming products from big corporations, products that give you an identity. If you buy a car that’s of a specific brand, you’re buying an identity even if to you it’s just another car to get you to your job and back. To you a car might be a sick track car or a car that fit the needs, but everyone will assume you’re rich and will think you have the nicest car in town even if you spent a small amount of money. Brands like Harley Davidson, Mercedes Benz, Apple, or Razer can build garbage products that can’t hold a candle to their older products but that’s not what they are. They’re status symbols and products you buy to get a very specific image. Chances are the first owner of a BMW 335i isn’t going to be a 20something taking it out for track day because it was $10,000 on Craigslist, but someone who is either flexing their wealth or who walks into the BMW dealership with a stack of cash demanding the best. I had a family member like that and he used a Dell gaming laptop for Quicken and AOL. Then he used his desktop a bit for it and when I started using his laptop to game on because my mom’s PC couldn’t run games, he bought himself a second laptop. He didn’t need a Radeon GPU at all to play online poker.

The same applies to political beliefs and culture. If you brand your politics or culture with something, people will flock to it. Rick and Morty was branded as some “intelligent” TV show where you had to have a high IQ to get the jokes, leading to the show’s content and fanbase being the target of jokes. There’s also been political belief systems that happen to be backed by the establishment being branded as “resistance” even as washed up career politicians use that term and as the beliefs tend to fall in line with that of the status quo. When the big corporations that run the world have staff throughout the company backing these beliefs, is it really the resistance anymore? Or are the people they claim are oppressing them the true resistance?

Somewhere in a chat group…

I’ll let you in on a secret. If you want to get knowledge on groups and you don’t have connections, you need to be “everywhere”. It’s all part of the art of “lurking moar” after all and something one needs to do if they want to swim instead of sink online.

Somewhere in a small chat group are a few people who want to get into the tech industry. They’ve been ostracized from groups for being more vocal and loud about opinions than I was during the era I spent online pissing people off online. During this time, it was both my opinion and I had some self-awareness over it all. I had fun doing it, and I got attention I normally never got. These people on the other hand don’t laugh off when they’re kicked from groups. One person in particular would constantly rant about companies he hated and would not stop, which meant he had issues getting along with his online peers who had a “LET PEOPLE ENJOY THINGS” and “DON’T MAKE FUN OF EVERYTHING” attitude. He was complaining that people told him that he was making other users uncomfortable without telling him what his crimes were.

In the chat people were angry over dumb stuff ranging from issues with their family members/low wage jobs, to a paranoia of everyone online. How much paranoia are we talking you might ask? Well, imagine the typical left wing “everyone is a nazi” paranoia amped up to 11. As you’d expect, there’s plenty of hatred for cops in the group. One user had a blocklist loaded with 80,000 people blocked on Twitter and liked when New Zealand banned spooky guns. Another person was angry that everyone hated them and constantly tried to get into the pants of everyone in the group and was thrown out. But what really makes the group wild is when we look at the person who was constantly ranting. See, this person also seemed to be very vocally militant and devoted to whatever he felt like the top causes were this month. While he had a distrust of cops and authorities, he loves to “block and report”. While the cops might literally want him dead for going outside, he’s happy to snitch on people he hates to the staff of social media platforms. He’s also happy to ban people from his server with the reason being “you know what you did”. Despite smashing report buttons, this is all ironic considering who handles these reports.

In the group they do little but talk about what expensive tech they bought or the toys they get to play around with at work, bitch about their job, bitch about people they don’t like online, and that’s about it. What is interesting is when someone links them somebody random on the internet. They’ll dig through their website to find out if they said something problematic, and if they do anything they say will be discarded regardless of who said it. Talking to them online is like talking to boomer parents, if you overload their brains or set off a hair trigger their brain shuts down as they repeat a catchphrase. They’re the cogs keeping the machine working, and just like in the movie Idiocracy they can only repeat a single line. In their own minds they’re part of the masters of the universe. They’ve got a Google job and even though they’re a cog in the machine they feel special. Judging by their opinions though, they’re no different mentally than other NPCs.

The life of a janitor

One myth about some social media sites is that bots are responsible for moderating. While that might be true with some networks, with Facebook it’s wageslaves. Quite a few news cycles ago, The Verge posted perhaps the most compelling evidence that we are in fact living in a cyberpunk dystopia minus the cool aesthetics. It’s an article about the rough life of a moderator at Facebook’s outsourced firm. The article is written in the typical cookie cutter format investigative journalism is nowadays but it’s a pretty crazy read. Written a month before a guy in New Zealand set a high score in IRL Postal 2 with a Facebook livestream that was reuploaded to Facebook hundreds of thousands of times, the story is pretty damn crazy. It describes everything from people being fired for screwing in the stairwells/parking garage/bathrooms to long restroom lines and short breaks to joking about suicide and smoking pot (isn’t the latter something that everyone I know does?) It talks about wageslaves breaking down in training having to watch a video of a man being stabbed to death after spending 3 and a half weeks having to look at racist jokes and videos of guys fucking farm animals.

But the most fascinating parts are that they have security guards in place, both to keep out disgruntled ex-employees and Facebook users with balls deciding to confront the Zucc’s empire over taking down their posts. Just like rich millionaires living behind walls, they’re worried about the citizens rising up. There’s a ton of secret documents that the powers that be have written up on which content to allow. Despite banning racist jokes, Facebook staff members would send each other the most racist and offensive memes. One day, moderators ran to the windows to watch a man stand on top of a roof expecting him to jump only to find out he was a fellow worker taking a break. When the journalist visited the complex, new motivational posters were hung up on the walls and they were given interviews with 5 staff members right next to their boss as they told them that “most stuff we moderate is just rants” and “people reporting stuff they hate”.

Now this is the kind of shit that some author could write about. Imagine a moderator for some big faceless megacorporation discovering the truth they’re tasked to cover up and joining the side rebelling against the system with some secrets. That’s peak cyberpunk right there.

Looking at these people is fascinating and for a good reason. You can see how out of touch some people are, how little free will they have, and the direction society is going.