It’s 2019 and everybody’s unique and special. You might be a failure at life whose daily routine consists of ripping vapes, playing the Nintendo Switch/Steam games, and grinding away at your retail job but hey. When you grew up you were told a million times that everyone is unique and special, just like a snowflake. You might be working the same $10 an hour job that isn’t enough to buy you freedom from your parent’s basement, but it is enough to buy gas for your Hyundai and new Pokemon games.

Nothing says this best like how everyone who wants to “fight da system” or be non-conforming ends up confirming to trends in a way. There’s a high profile example of this. A study was published in MIT Technology Review about how hipsters all end up looking the same but that wasn’t the best part. The best part was how some random hipster whined to them about how they were using his image when the image was a stock photo of a model who signed a release form and all.

But if you want an obscure example of just how cookie cutter people can be, a great example is to look at “character creator” tools online. Now these tools have been around since the days of DeviantArt and while they might have been made for fun purposes at one point, they’ve since become a sign of just how cookie-cutter modern culture can be.

There are plenty of people out there who feel they can be unique and special, but they don’t have enough money to throw down on internet artists or any sort of drawing talent, so they express this with the restrictions of a character creator. Designed to churn out colors and skins on a base, it’ll produce results that all look distinctly the same. It’s the next evolution of the controversial base mindset in art, which can be seen when one opens up DeviantArt and types in “bases”. 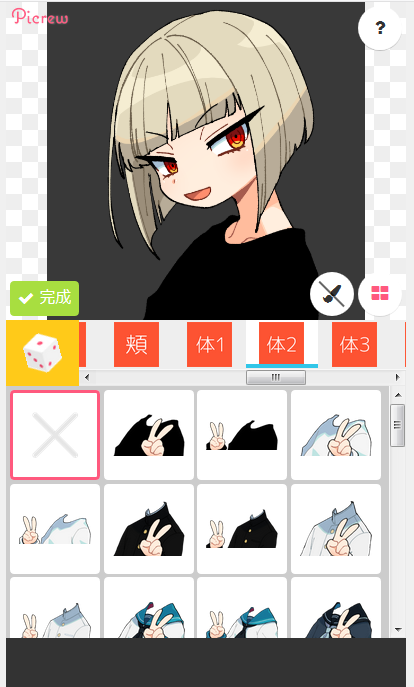 So eventually now that a character creator is a fad among some community, you’ll see all these icons that all look the same, with the same pose and design. It’s just like the base fad all over again but made even easier for talentless hacks. But the big thing I notice about it besides the lack of creativity is that these character creators prove that NPC meme right again. Here are a bunch of people using icons that all look “unique and special” even though with character creators it’s obvious they’re stuck with whatever it generates. Hey, at least they’re not spending money for icons that feel like they’re made from a base. 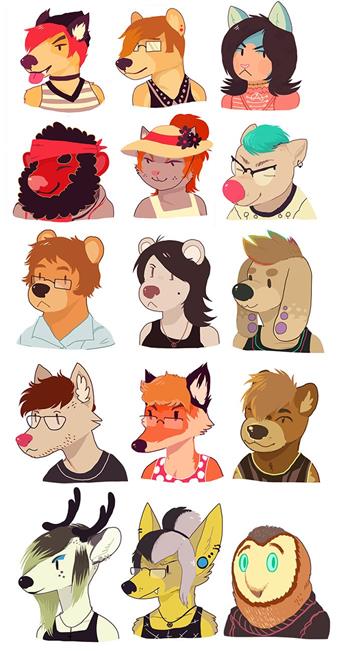 But if anything that’s the big thing I notice about communities online. Despite how much everybody in them claims to be unique and special, they all have characters and icons a generic generator could churn out, akin to those identity generator sites that exist. Their characters all seem to conform to the same exact base model, with nothing distinct at all. I sound like I’m nitpicking here and shitting all over people for their lame attempts at being creative but look how those icons above look samey with the exception of 2-3.

I’m not a fan of character creators at all, especially since they tend to hold you back if your character falls anywhere outside of the generic base model they all use and I already tend to feel that internet communities online are creatively bankrupt. When everybody is doing the same thing as you, are you really creative at all?

But that’s just how the internet is. Everyone’s cut from the same cloth and it sure feels that way, after all there’s a reason the NPC meme was a smashing success. It critiqued how people act to the T.