If there’s one market segment that flies directly in the face of analysts saying “this is the future”, its mobile gaming for sure. Ever since the rise of BREW and Java Mobile, mobile gaming (at least in the west) has been a sad desolate segment of the industry that went from charging $10 for flash games that nobody bought, to a period of explosive growth and companies heralding it as the future, to stagnation and a complete loss of credibility among internet gamers. Nowadays the app store is full of ports of classic games that cost money and don’t sell, free games with ads and microtransactions, and numerous clones of these free games. While the early days of modern mobile gaming led to some hits such as Infinity Blade, Angry Birds, Fruit Ninja, Cut the Rope, and more, mobile gaming now seems to be flooded with games copying other hit games and has an unbreakable stigma. One such game is Mafia City from Chinese developer Yotta Games, and on the surface it sums up everything wrong with mobile games today.

Just like most modern mobile games, it features heavy handed forced tutorials that tell you where to tap on the screen that you can’t skip. After all, modern games went from the classic “ease you into the game” mentality where you learn the mechanics with maybe a control pop up or two to assuming you have the intelligence of a fruit fly. The game itself is a clone of a more popular mobile game, in this case the tap fest city building isometric game Clash of Clans that requires very little intelligence to play and give your money away to the developers in the process. This time though it’s reskinned for the demographic that plays games like GTA.

However there is one thing special about Mafia City that sets it apart from the crowd of generic games on the App Store and Google Play. See, Mafia City has perhaps one of the funniest marketing campaigns for a mobile game. I’m going to link the video here but I think the best way to summarize it is if someone took the Yakuza series and remade its absurd gameplay and cutscenes in blender or a pirated copy of 3ds max. They attempt to depict how brutal the mafia lifestyle can be to the point of using the catchphrase “That’s how mafia works” yet due to the hilariously low production values and over the top scenarios it comes off as some absurd next level comedy. Everything about these videos from the level indicators above heads to the metaphors used almost gives the commercials the feel of a classic YouTube alt-comedy skit minus the deliberately highly edited yet low quality production values that popularize these videos post-MDE or Tim and Eric. The 3d is low quality, yet high enough to the point where you know this isn’t some shitpost made by bored teens or college kids trying to make edgy jokes like you’d expect from the likes of say Cyber 8 or Ratboy Genius. Hell, there’s even a few ads in there that almost feel like the kind of skit you’d find in a corner of the internet, like a gangster turning into a hot chick after being beat up on the playground or one turning into a chick after being hit with a pan that also makes other gangsters disappear or turn into pick up items.

At the same time, while it’s easy to see how this can become meme material to be diluted by people making their less funny parodies of it (because let’s be honest, for every good spoof of it there’s 1000 unfunny ones) it also sums up the top problem with mobile gaming. Mobile gaming’s marketing is perhaps one of the most deceptive forms of marketing. I might be distanced from a lot of normie forms of advertising as I run ad blockers and avoid social media networks and most mobile games outside of Microsoft Solitaire, but I’ve seen ads for mobile games on TV and sometimes on random apps before. Nearly all of them feel a bit like the famous Call of Duty “live-action” trailers that used to come out when Call of Duty was at its peak. They’ll feature live action footage that has nothing to do with the game, but everything with how you are supposed to feel playing this watered down tap fest.

You don’t see a single second of gameplay in this video, but what you do see is how the developers want you to feel while playing this game. They want you to feel like a badass soldier playing this game. Sure there were some trailers and ads that did feature gameplay, but they really want you to see this. For example, other than a trailer for the DLC pack this is the only trailer for the core game itself on Steam and it’s been that way for a few years. Perhaps that’s one of the biggest issues I see with game marketing today, it’s not about showing you the game itself or what you can do in the game, it’s about trying to show you “what playing the game is like”. Hell while in the case of Call of Duty there were a lot of trailers showing off the gameplay as well (despite being mostly scripted or “set up” even in multiplayer). But in the case of Mafia City, it’s straight up deception. You’re not going to do much more than tap in that game but if you played something like Yakuza, you’d actually get gameplay more reminiscent of those videos down to the surreal sense of humor.

But I’ll admit I did have a good laugh at the Mafia City trailers. It’s just so blatantly obvious it’s nothing like the videos down to the part where they aped the logo used in the game Mafia II. It’s probably the most entertained by a “normie” sphere meme I’ve been in a while because it plays right into my weird esoteric sense of humor even if it’s going to get diluted by 13 year olds making unfunny edits of it as they laugh at every other stupid meme on the internet that has no joke or punchline to it, not even in an edgy or surreal sort of manner.

Let’s get back on topic though. The other problem with mobile games is blatantly obvious as depicted by Mafia City. It’s full of shovelware and nobody wants to try putting any “big” games on the platform, not even a downscaled console game. There are a few exceptions, like during the early iOS days when you had games based on console games like CoD Zombies or even Bad Company 2 on iOS or now with games like Fortnite or PUBG on mobile, but mobile gaming is such a stigma nowadays. If a game comes out for mobile only in a big name franchise, it’s going to get panned from the minute it’s announced, and it’s because of those games. It’s one thing if it’s downscaled from a console game, but on the other hand a game being on mobile only screams “pay to win watered down cash in” from the get go and it didn’t help that it’s outsourced to a Chinese developer. Diablo Immortal was a good example of this, and that’s because as games like Mafia City have showed, they earned their reputation. Its reaction was being not only mocked in Twitch chats, but booed on stage as well.

But despite this, there’s a demand for mobile games that are ports of console games. Don’t believe me? Look how popular emulators are on cell phones. There’s clearly an itch developers aren’t scratching. But nobody’s going to do it because the game industry is run by out of touch focus groups and business people, and as the original Lynx showed focus groups can be full of shit. And honestly that’s what I feel about the game industry nowadays; that they’re one of those industries that lost touch with their audience. 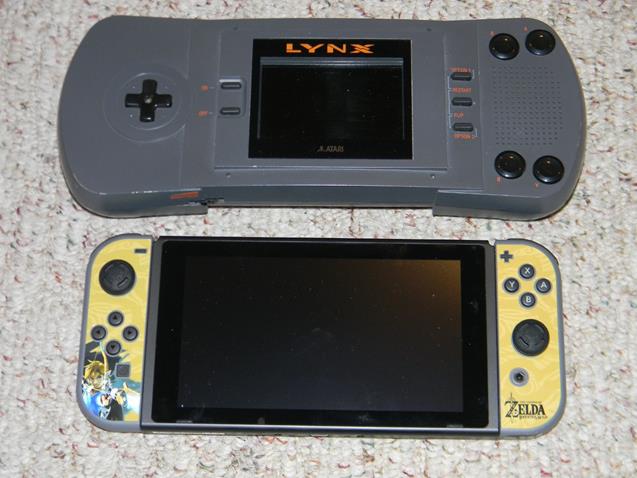