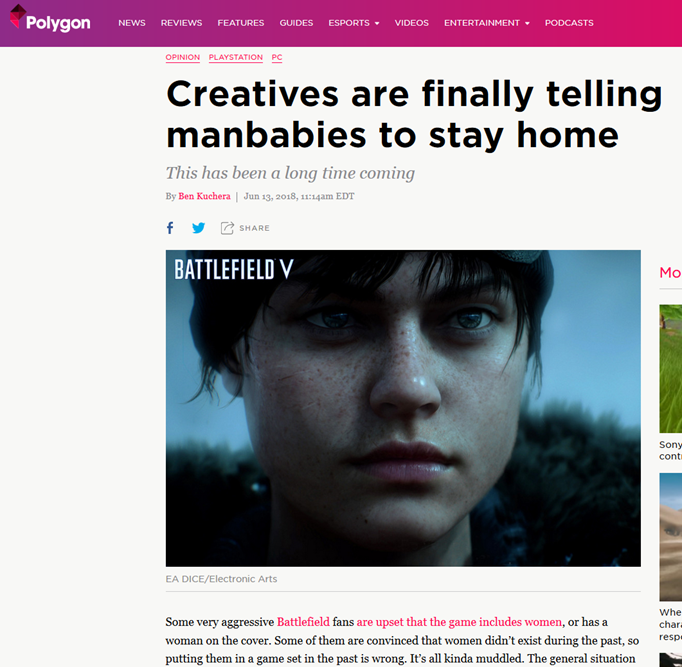 Anyone who’s been on some trashy social media website already knows what it’s like to post there. Everyone on them is hyper political now, with politics being forced down your throat as the social media walled garden moves towards private corporate totalitarianism. Hell, the media is still mad over the fact they lost the 2016 election and has been on an all-out attack ever since.

Eventually at one point, people get sick of it. People get sick of politics, while other people who’ve tuned their brains out on that will notice the quality of their favorite mass media franchise is dipping, and well they’ll get angry, then eventually lose interest. Of course, by now anyone knows that those who are pushing these specific politics knows that they just love to double down every time they win or lose, and as the media struggles to grasp why customers are losing interest, they came up with the most logical reason. No, it’s not the quality of the bread and circuses dipping, it’s the fact that the audience are a bunch of bigots who don’t want to play a first-person shooter where black female Axis solders with a transgender flag emblem can tear up the battlefield. Oh, and the maps and netcode are terrible too and there’s loot boxes, but you know it’s just the fact that gamers are just a bunch of ignorant bigots.

The media’s strategy to solving this issue? Taking the progressive route by ignoring whatever source material there was in favor of diversity. Add in female World War II soldiers to your World War II shooter, or black soldiers in WWI based on some obscure US military unit or making a reboot of an old movie but with all female/black/LGBTBBQ characters. Sure, it won’t be very good, and its trailer or gameplay will rack up dislikes, but see that’s just part of the plan. As the negative comments come in, that’s when some journalist on a MacBook Pro with a touch bar is too busy taking screenshots, screenshots to use for the coordinated hit piece campaign about how those disgusting nerds are raging at whatever new keeps coming out. It feels a lot like the whole “Gamers are dead” articles that were posted by numerous different gaming websites all around the same time that helped kick off the #GamerGate twitter campaign, except with a bit of “Buy my game” snuck in there as well.

It first kicked off with GhostBusters, it’s happened with Mass Effect Andromeda, it happened with Star Wars, and it’s happening with Battlefield V right now. Sure, a lot of gamers aren’t going to be too thrilled at another reskin of Battlefield 1 in a genre where asset flipping has become notorious, and they won’t be thrilled about a tacked-on Battle Royale mode, but hey it has female characters in World War 2. Wait, you’re not impressed? Well guess what, you’re a bigot, a gross nerd, and even better you probably are against these new female characters and not the fact that they’re tacked into an unfitting setting or they’re poorly written.

Sometimes there’s even “harassment” involved, regardless on if it’s from kids meming on some celebrity actor or something with more money than sense who can’t find the block button on their $999 Apple iPhone X smartphone, or from people calling out the poor job said person did, either acting or making the video game. Sometimes it’ll even be said people making alternate accounts for the sole purpose of yelling at themselves to garner sympathy on social media.

Here’s the thing though, these media circuses around whatever is being marketed doesn’t boost sales of it. Media corporations can market some movie to Twitter warriors with “These bigots hate it”, but how many are going to watch said movie to “own the alt-right” or buy the game for that same reason? Not a lot actually, they’ll keep watching mass market movies like The Avengers while pity marketed movies will bomb. Anything that’s pity marketed they’ll either ignore, or they’ll say they’ll buy/watch it to own the “alt-right”, yet they’ll be broke and when it comes to spending their money, nerds would rather spend it on whatever is marketed the most. The same goes with video games. Mass Effect Andromeda was tainted by being a sequel to a franchise that had been killed by a terrible third installment, Bioware hiring developers who’d go on tirades about how much they hated white people on Twitter, and pre release footage showing the game to be a buggy mess, a mess that made the game the butt of many jokes on YouTube. And of course, it was pity marketed as well. But did it sell?

EA didn’t put sales numbers out for the game, instead claiming to investors it made money. Actions speak louder than words and EA ended up gutting the studio that made it and put the series on hold. Ouch. But hey, you’d better buy 10 copies of it. Please do it for the POC womyn developers at BioWare who want to make the best game ever, please do it so the game doesn’t end up at Goodwill…. 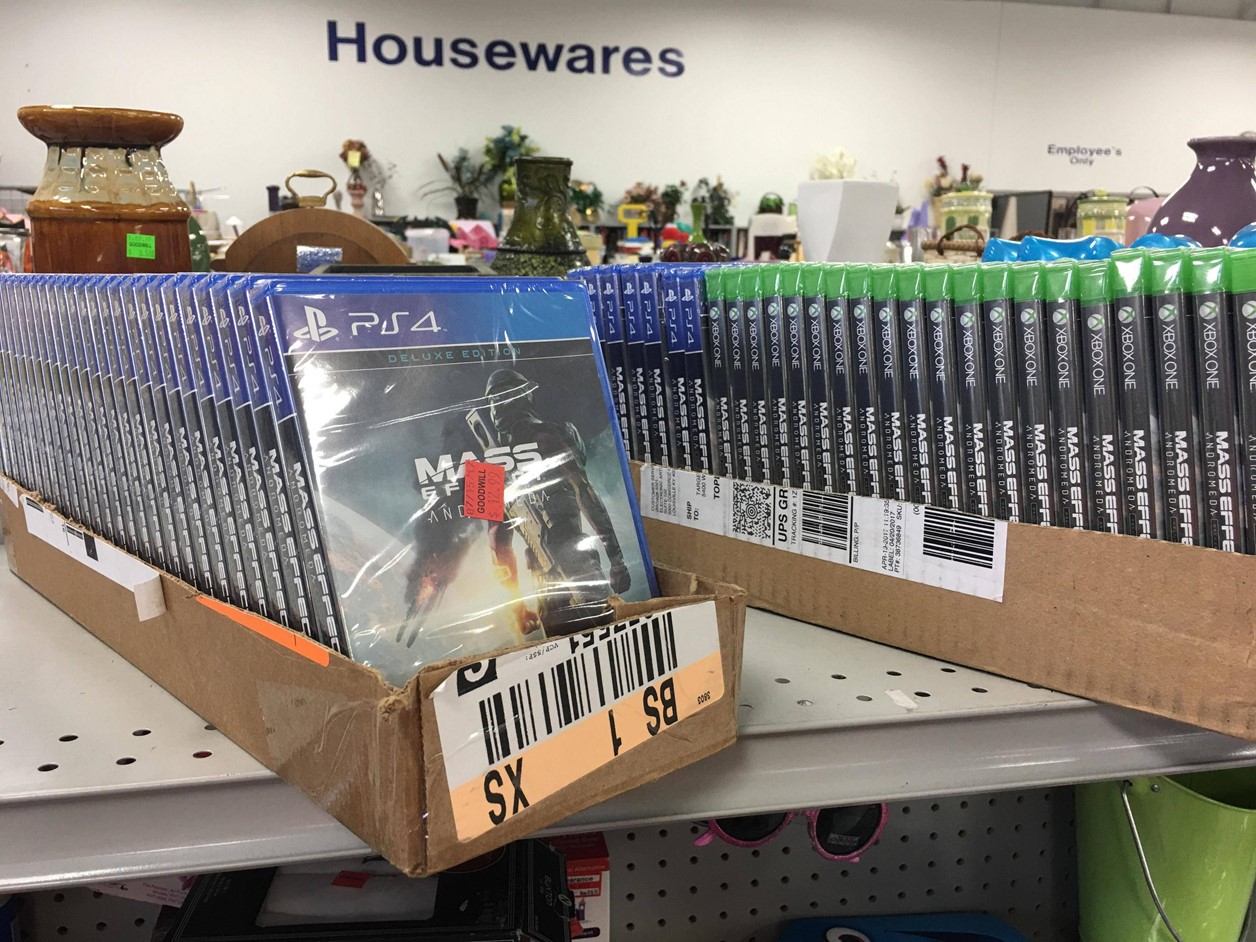 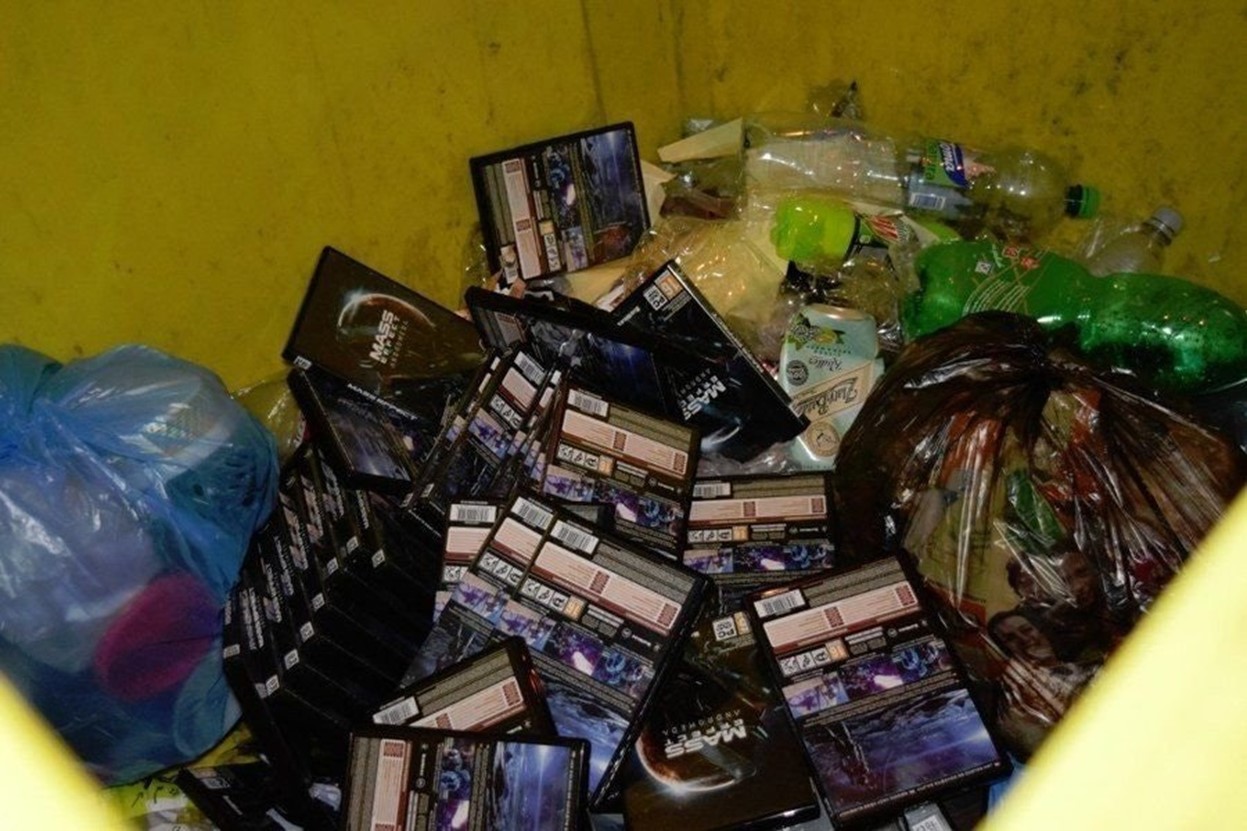